Hello gentle readers, and welcome to the SwitchArcade Round-Up for December 9th, 2020. In today’s article, we’ve got a full review of Shiren the Wanderer: The Tower of Fortune and the Dice of Fate, a couple of Mini-Views including Puyo Puyo Tetris 2, a few bits of news, a look at today’s sole new release, and the usual lists of incoming and outgoing sales. It’s stuffed full of the goodies you crave, friends. Let’s dig in!

Always nice to see a Super Smash Bros. character star in their own spin-off. Weird how there’s a number five in the title, though. All jokes aside, Persona 5 Strikers hit Japan a while ago and it has now been officially announced to be heading to the West on February 23rd. For those not keeping up on their Persona games, this one isn’t a JRPG like the main Persona 5. No, it’s another heckin’ Warriors game, just in case you didn’t get your fill from Hyrule Warriors: Age of Calamity. In that context, it’s quite good. I just don’t want anyone getting disappointed because they thought this was going to be something it isn’t.

Trust the Fungus in the Latest ‘Super Smash Bros.’ Event 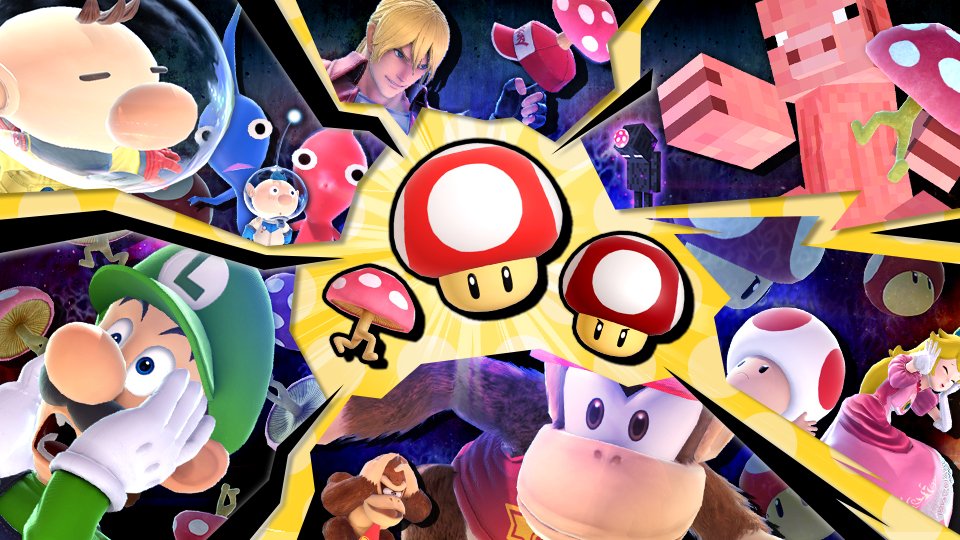 Like clockwork, we’ve got our new weekend event announcement for Super Smash Bros. Ultimate. This time around, it’s a tournament event. It kicks off on Friday and runs for the usual three days through the weekend. So what’s the theme this time? Mushrooms! That savory snack enjoyed by plumbers worldwide is in the spotlight, with Super Mushrooms, Poison Mushrooms, and Ramblin’ Evil Mushrooms appearing during matches. Using them will change your size or reverse the controls, depending on the flavor of ‘shroom. Please enjoy the event in moderation.

Shiren the Wanderer: The Tower of Fortune and the Dice of Fate ($19.99) 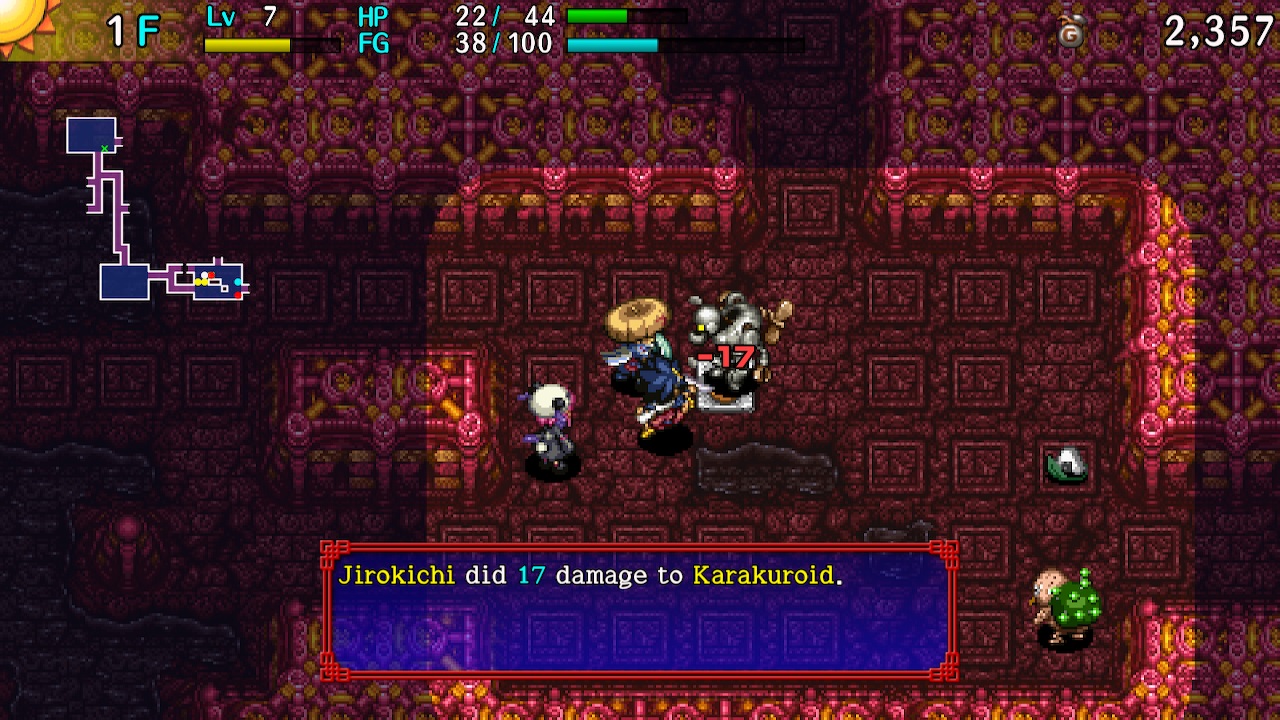 This is the third time I’ve played Shiren the Wanderer‘s fifth installment. The first time was precisely ten years ago to the day, when the game released on the Nintendo DS in Japan. The second time was a bit over four years ago, when the English version of the enhanced Vita port came out. And now here we are on the Switch, with an even further enhanced port and the game’s lowest launch price yet. I’ve never put it down long enough to miss it, and I’ve played it long enough that I should be sick of it. Somehow, I’m not. That alone says something for what Shiren has to offer.

Shiren is part of the Mystery Dungeon series, and can perhaps be considered the “core” of it. Not the first, mind you. That would be the Dragon Quest 4 spin-off that got the whole mess started. But it is the one that series creator Spike Chunsoft owns, the one that explores the concept in a pure sense without carrying the baggage of another IP. It is the Japanese roguelike in its most unadulterated form. And do note that I say ‘roguelike’ there as opposed to ‘roguelite’. I’m careful in my application of those terms, and I feel safe referring to this as the former with all that entails. 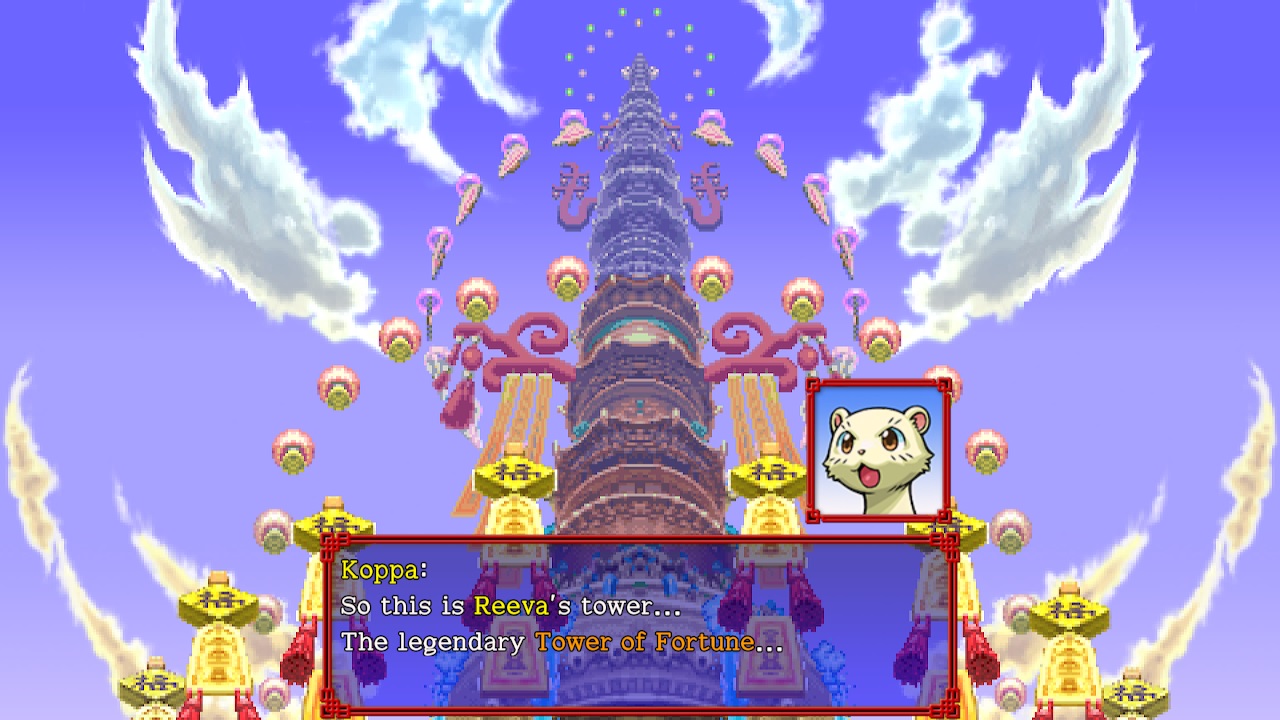 The upshot of that is that Shiren the Wanderer: The Tower of Fortune and the Dice of Fate (phew) is not for everyone. The people that get into it will really get into it, while many others will bounce off it because of its difficulty and often esoteric nature. I think Mystery Dungeon is almost as approachable as you can make a roguelike without venturing too far away from the core concepts of the genre, but there are still a lot of walls to climb if you’re new to the experience and want to get into it. You could conceivably toil for hours and lose everything if you’re not careful or just unlucky. You have to work hard to set things up for the future and make sure you take that shot well when it finally comes up. You can grind to some benefit, but those benefits are easily lost if you mess up.

But that’s really what makes this so good, isn’t it? There’s a powerful tension to all of the Shiren games, and even this, one of the more friendly of the lot, has that going for it. It can be fun to just goof around a bit, but when it’s time to take a serious run at making progress, every single action has weight behind it. Fail, and that’s it. You’ve lost whatever cool stuff you prepared for this real shot. Back to the drawing board. Even knowing when it’s time to make that run is tense. How much preparation is enough? 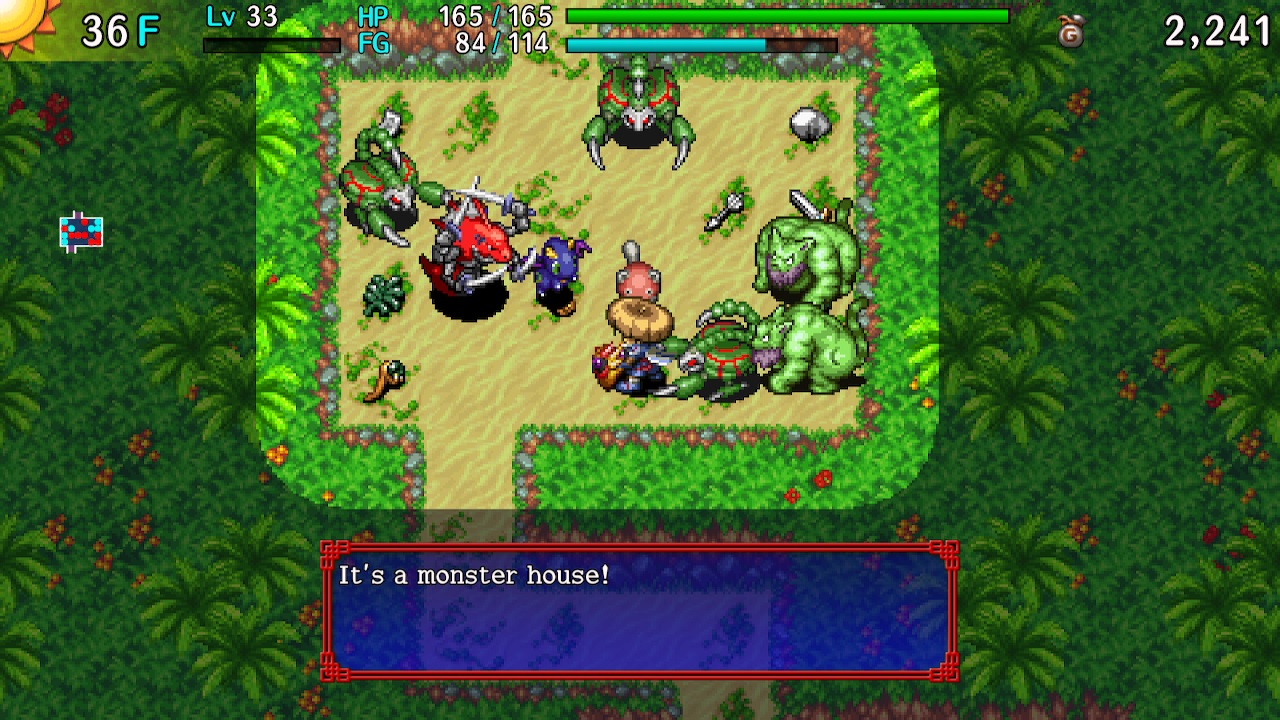 As mean as it sometimes feels, Shiren is rarely unfair. Indeed, while you may lose all of your tangibles, the more important thing you acquire is knowledge. You’ll learn how the monsters behave, how to use the space of the dungeon floors to your advantage, and how far you can push your luck. There are items and other ways to keep from losing completely everything. And you learn to break a lot of bad habits other games may have taught you. Hoarding everything you find is pointless here, you’ll soon learn. Use it, because you’re probably going to lose it one way or the other.

One aspect that sometimes frustrates in an unintentional way is your AI partner. You won’t make story progress if they die, and that makes their occasional bouts of stupidity all the more annoying. I’m also a little unhappy with the game’s crash behavior. It’s not like the game crashes often or anything. Indeed, it’s quite rare. But if it does? The game treats it like you reset the system and you lose everything. That’s a very unpleasant way to get sent back to town, to be sure. Some may also find the presentation to be a little plain, but I personally didn’t mind. 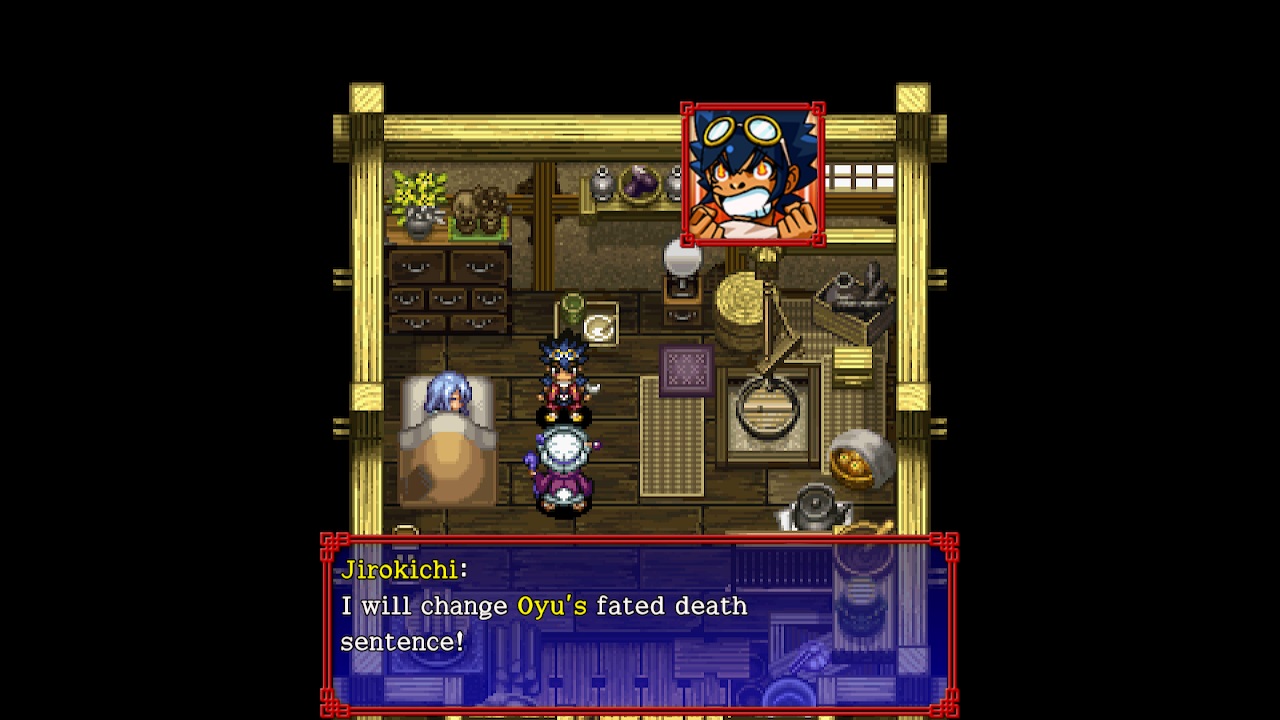 As far as the new content and additions go, I would say there’s just enough here to merit dropping another twenty dollars on the game even if you already have it. The three new bonus dungeons are super-spicy, well-suited to veterans looking for something nasty to chew on. The other extras, including the Music Collection, are nice but it’s the new dungeons that justify the cost of it all.

Shiren the Wanderer: The Tower of Fortune and the Dice of Fate is getting a bit long in the tooth, but if you’re looking for pure Japanese-style roguelike thrills on the Switch you won’t find anything better than this. The stiff challenge isn’t going to be to everyone’s tastes, but if you’re patient and enjoy trying to overcome odds that seem insurmountable at first, you’re going to fall hard for this game. Perhaps, like me, you’ll still be playing it ten years later. 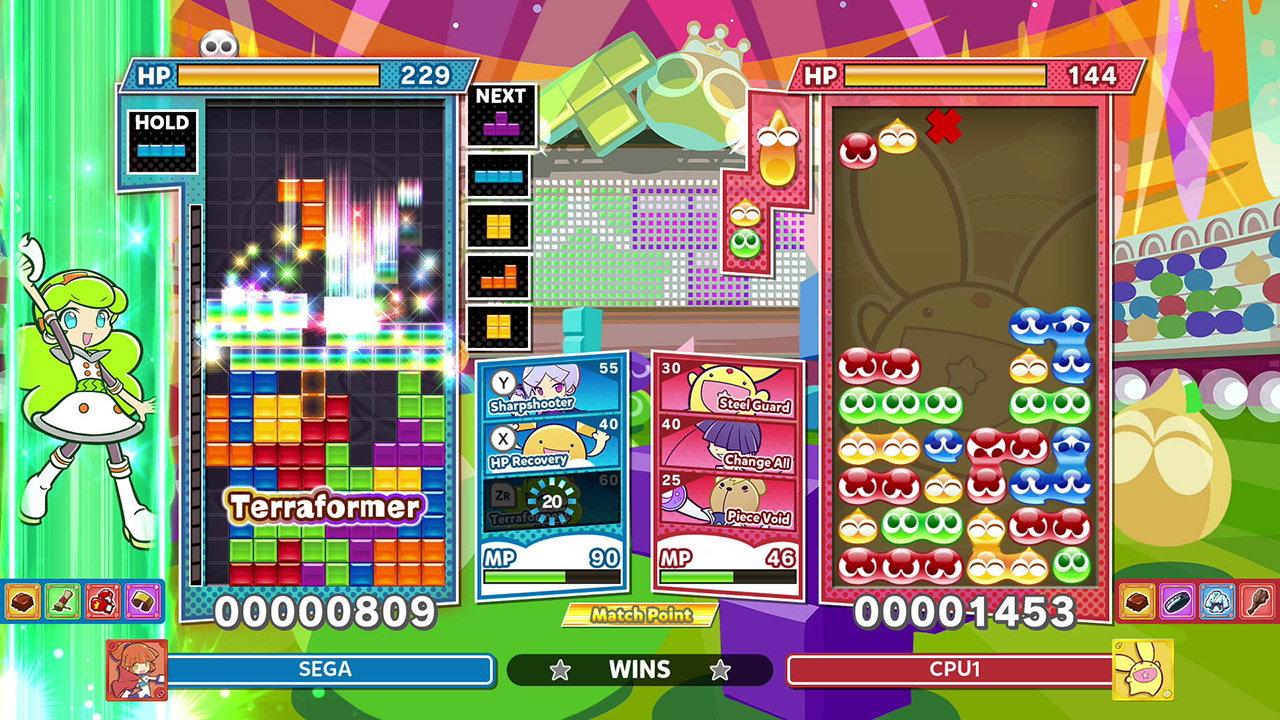 Friends, I like Tetris a lot. It’s in my top five games of all time, whenever I’m inclined to list such things. Somewhere in the last few years, I’ve also learned to love Puyo Puyo as well. It takes a bit more time to learn, but once you get the hang of setting up combos, it’s incredibly satisfying. So it’s little surprise that I’m quite fond of Puyo Puyo Tetris. The sequel isn’t as unexpected as the original, but like most second kicks at the can it makes a number of refinements and additions that make it well-worth grabbing. Whether you’re playing with others (online or offline) or flying solo, you’ll find tons of enjoyable things to do here. If you like falling block puzzle games, this is easily the event of the season. 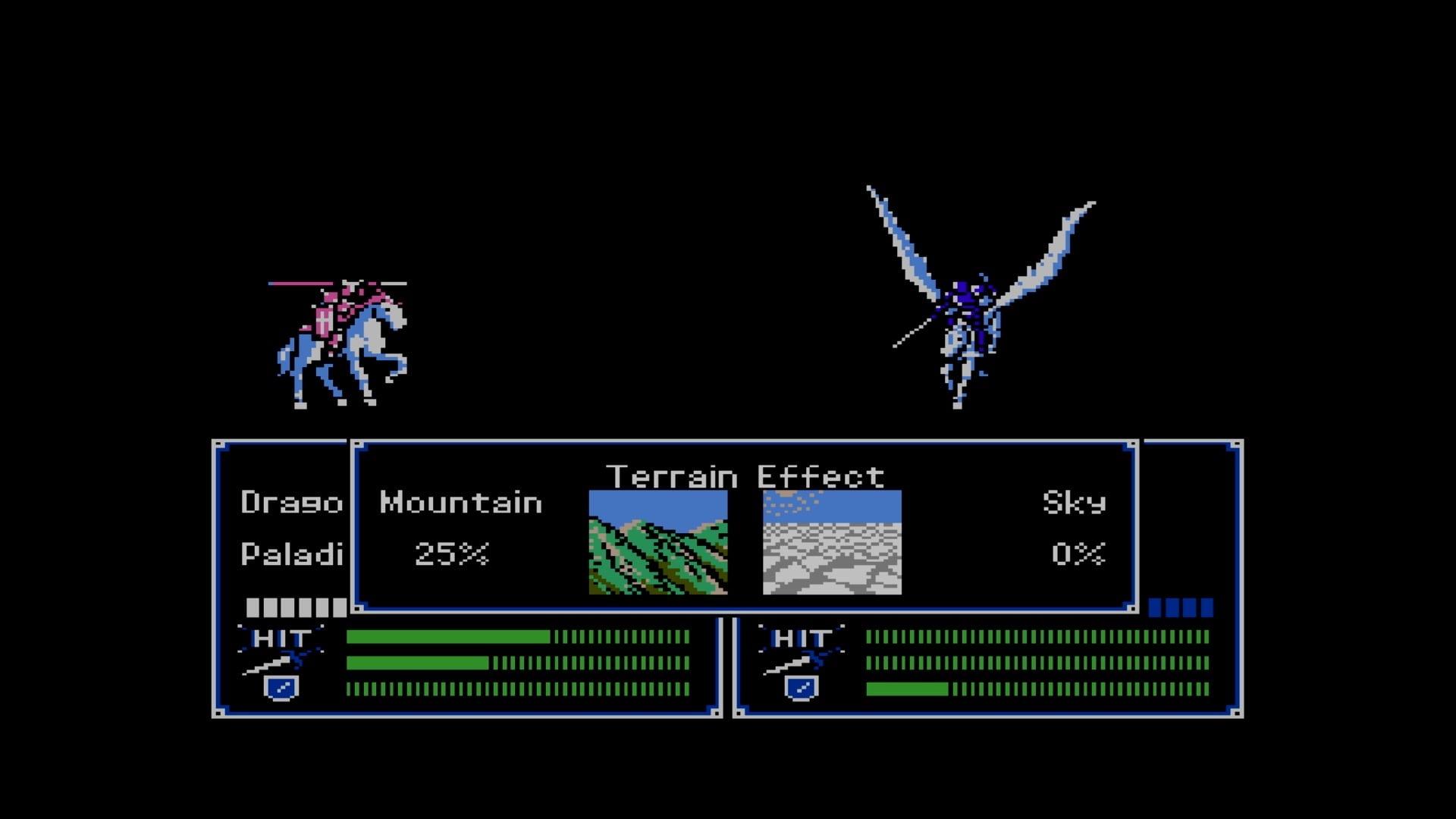 On the one hand, I absolutely love that Nintendo has localized a thirty year old game that was passed over back in the day. Having an official English version of the original Fire Emblem is fantastic for those who are interested in the history of the medium. On the other hand, this game’s place in history makes it hard to play after three decades of other games building on it. It’s even harder knowing that there are two remakes of this game, with the latest one having been made available in the West. A lot of things you might take for granted in the genre, even to the extent of being able to see how far your units can move, are not in this game. If you’re into plumbing gaming classics, six bucks is a small price to pay. If you’re looking for something enjoyable to play in the current year, you’re better off tracking down the Nintendo DS remake or simply choosing a more recent Fire Emblem release. 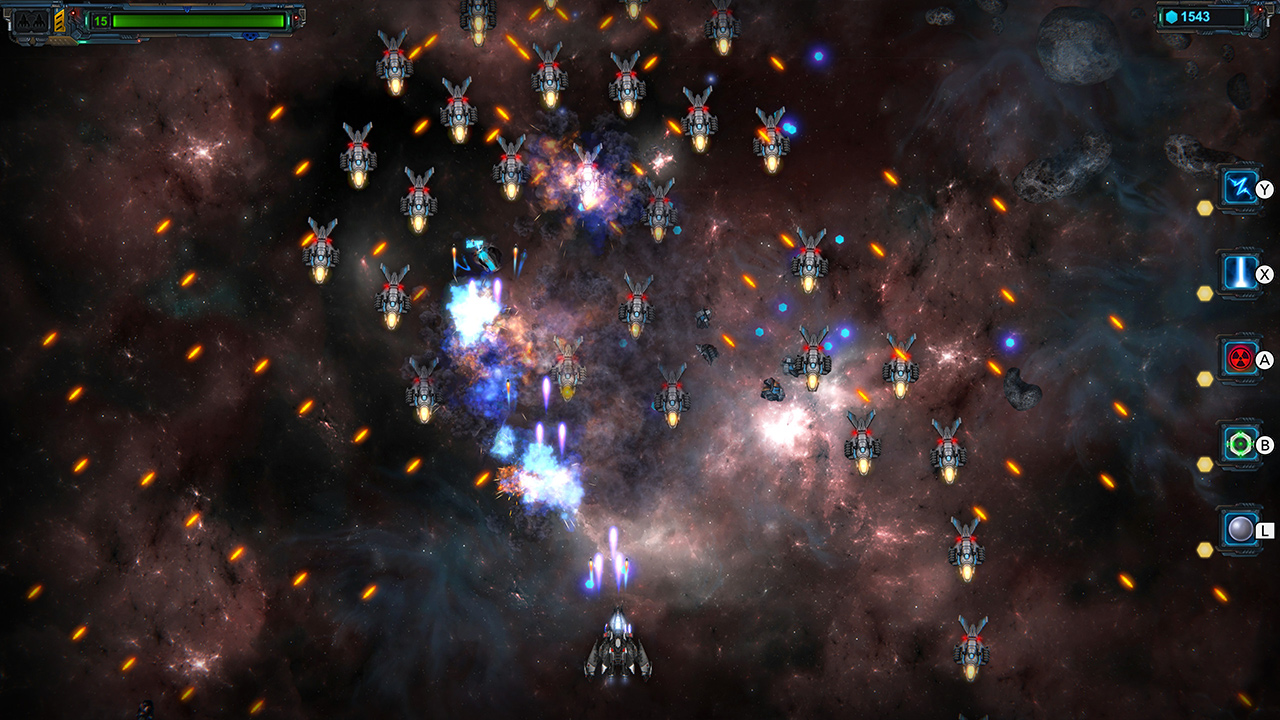 This is a vertical shoot-em-up in the vein of Sky Force where you’ll have to grind, die, upgrade, and grind some more to make progress through the game’s twenty missions. It’s not as good as either of the Sky Force games in my opinion, but it’s not bad. If you’ve played the heck out of those and want something vaguely similar, this will scratch that particular itch. I wish I had more to say about this but there’s not much more to it than that. Nice graphics, I guess?

A small list, but one with its merits. 9th Dawn III in particular. As our friendly friends in the TouchArcade Discord pointed out, that sale price makes the Switch version eight cents cheaper than the mobile version. More importantly, that game is going to give you a lot of RPG fun for your ten bucks. Plenty of goodies in the outbox as well, but I’ll call specific attention to Superbeat: Xonic, a superb rhythm game for an excellent price that rarely goes on sale. 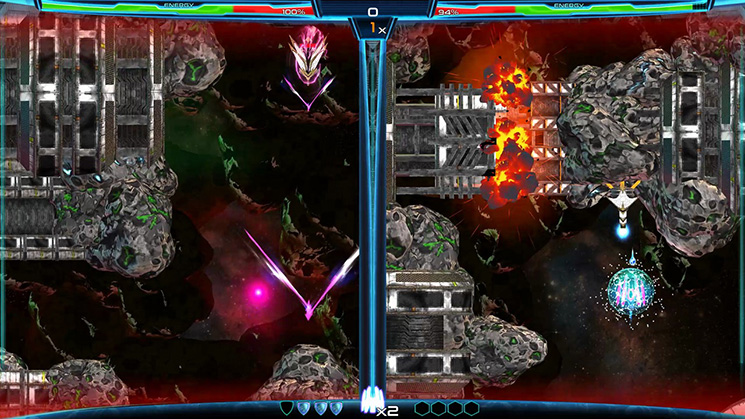 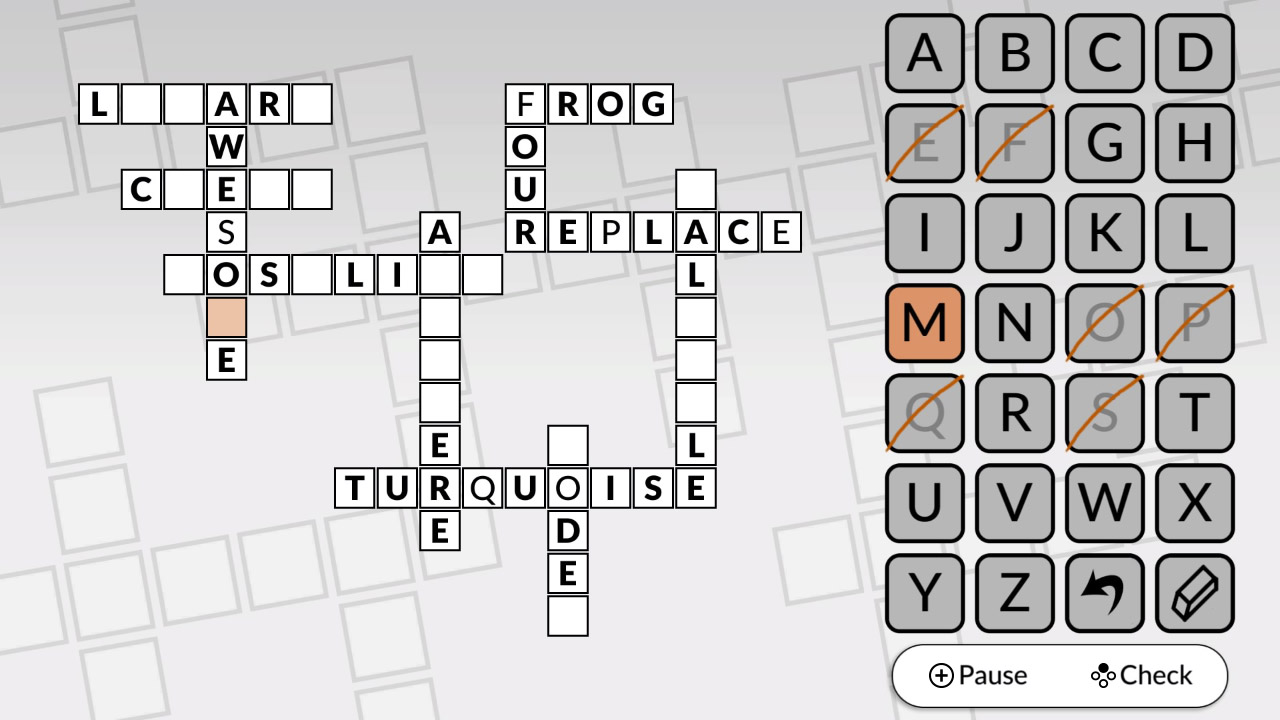 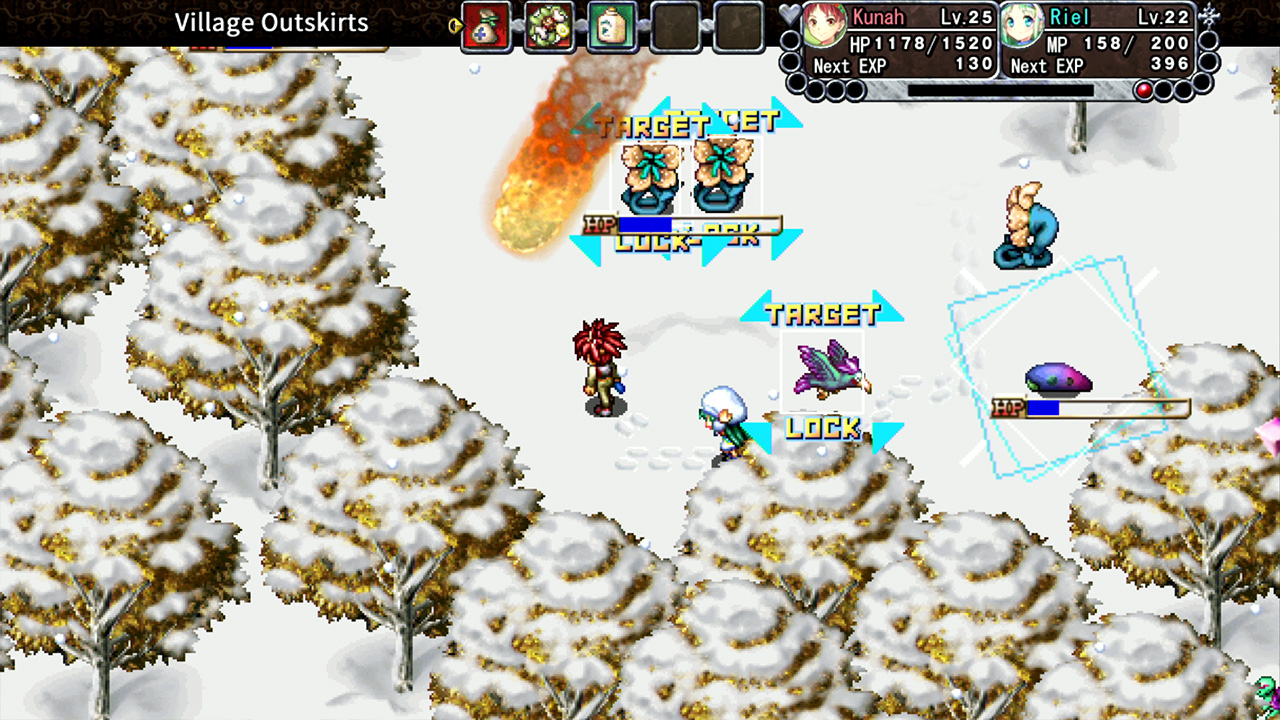 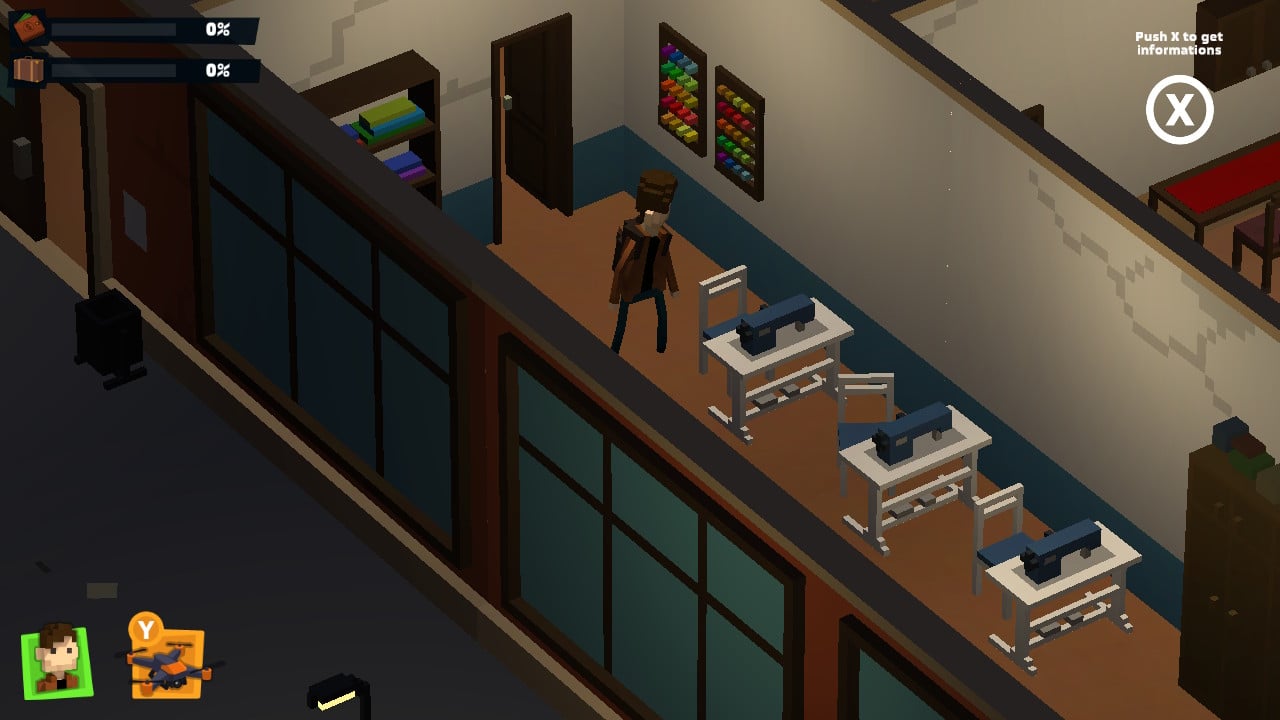 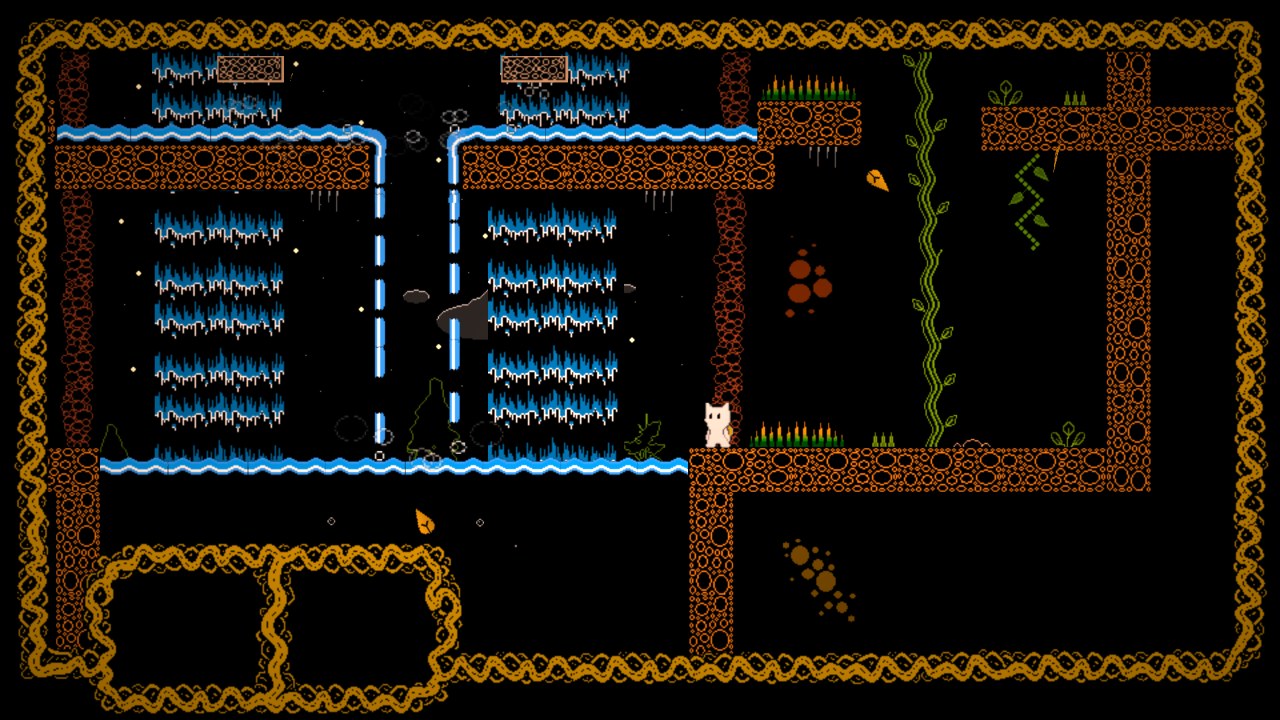 That’s all for today, friends. Tomorrow is Thursday, which is the big release day of the week. Usually, anyway. It’s not as heavy as we typically see in terms of numbers, and as far as noteworthiness goes Tuesday is easily the winner for the current week. But we’ll have those summaries for you anyway, and I expect we’ll find a nice surprise or two along the way. I hope you all have a wonderful Wednesday, and as always, thanks for reading!